From a historical point of view, the town has suffered all invasions.
In the XII century, Bayonne was part of the domains of Eléonore d’Aquitaine, wife of Henry Plantagenet.
The town is dynamic, thanks to its merchants, its old picturesque quarters, its lively pedestrian streets and its festive spirit, already praised by Voltaire: “they sing and dance at the foot of the Pyrenees, living proof of the importance of tradition in the life of men”.

Bayonne is also the oldest bull-fighting town in France and each summer, the fans meet up at the arenas.

The ramparts of Mousserolles: They have been turned into an attractive walk with a lake, open-air theatre and games area.
Built at the time of Vauban, these ramparts combine three fortification systems added over the centuries.
In the high town, you will see a double belt of old stone.
The Spanish gate, a roman and then medieval wall with the towers of the Two Sisters and Bourreau, a XVI century wall said to date from François 1st.
In lower Bayonne you will find the Mousserolles gant with its drawbridge.
The Cathedral of Saint Marie: on the road to Spain and Saint Jacques de Compostelle, it contributed to the expansion of religious art in the Middle Ages.
Built on the mound of Grand Bayonne, the jewel of the architectural heritage of the town is the very heart of the old city.
Inscribed as a UNESCO World heritage, of the Gothic style, it was built on the site of a Roman cathedral that had burned down.
Work started in 1258 and was finished at the end of the Hundred Years War.
The Bonnat museum: this museum contains the major works of the painter of the same name.
A native of Bayonne, Léon Bonnat (1833-1922) offered in 1891 to give, on his death, the collection of paintings, drawings and sculptures of the XIV to XIX centuries which he had been collecting since 1870.
The museum is one of the biggest in the world and its drawing office has a global reputation.
Thus, you can enjoy works from Rubens, Watteau, Raphaël, Degas, Rembrandt, Le Greco…

The Bayonne festivals: (End of July)
When, from the balcony of the town hall, the king Léon frees the crowd amassed in the square, Bayonne starts 5 days of madness which will see 5000 people visiting the city, all dressed in traditional costume, white trousers, white shirt and red scarf.

This has been happening since 1932… It was at that time that a few friends, rugby players from Aviron Bayonnais, faithful of San Fermin de Pampelune, organised festivities inspired by the Navarre ambience.

And that is how the Bayonne festival got started, with its cow races, parades of wagons, children’s games...

But it is above all by the number and quality of its activities groups, initially gaiteros and txistus, later bandas and txarangas, that Bayonne acquired its fame and attracted to its streets the best formations from the Basque Country, Navarre and Guipuzcoa. 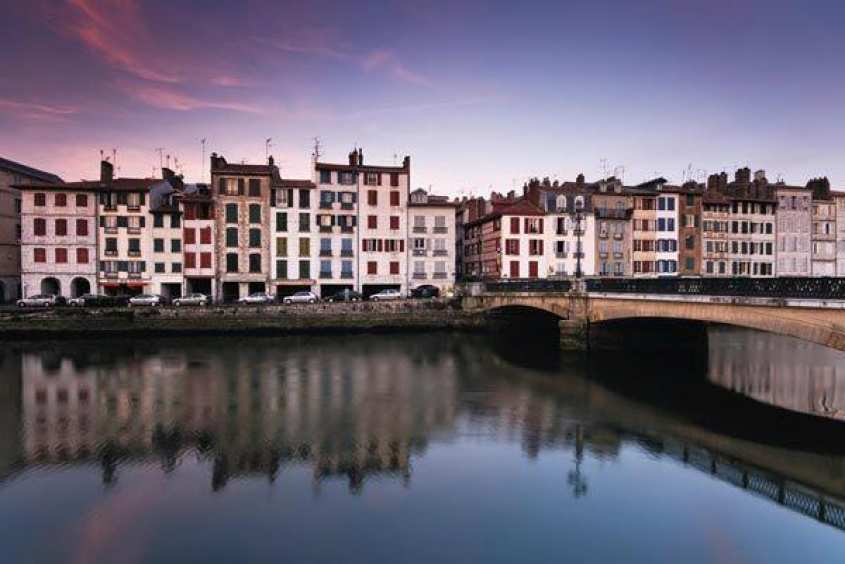 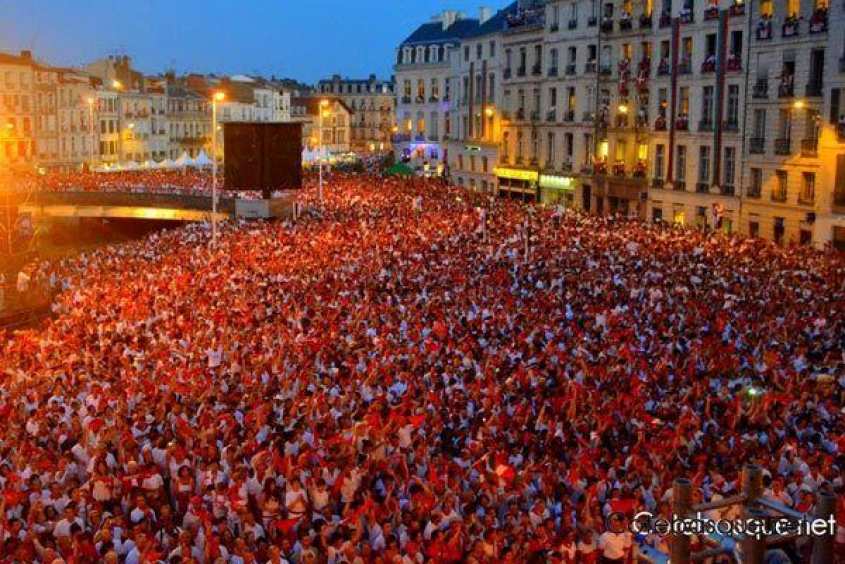 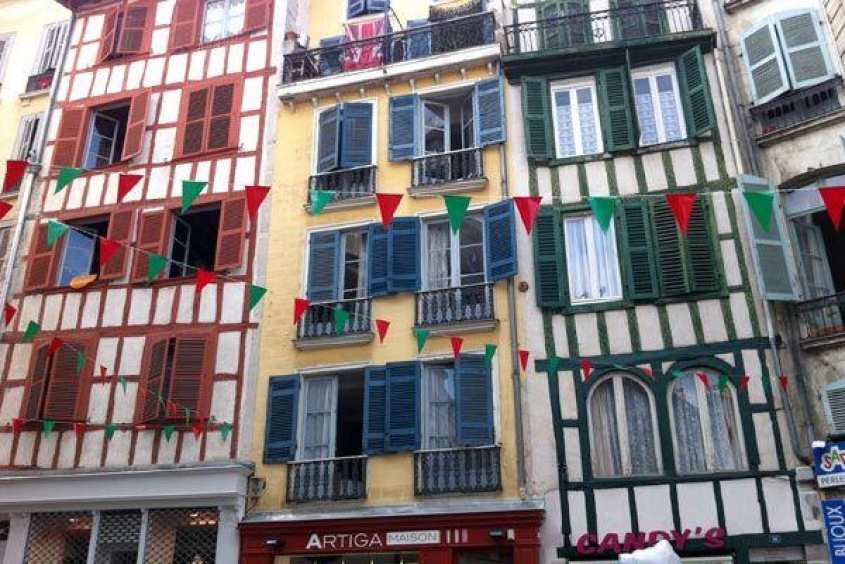 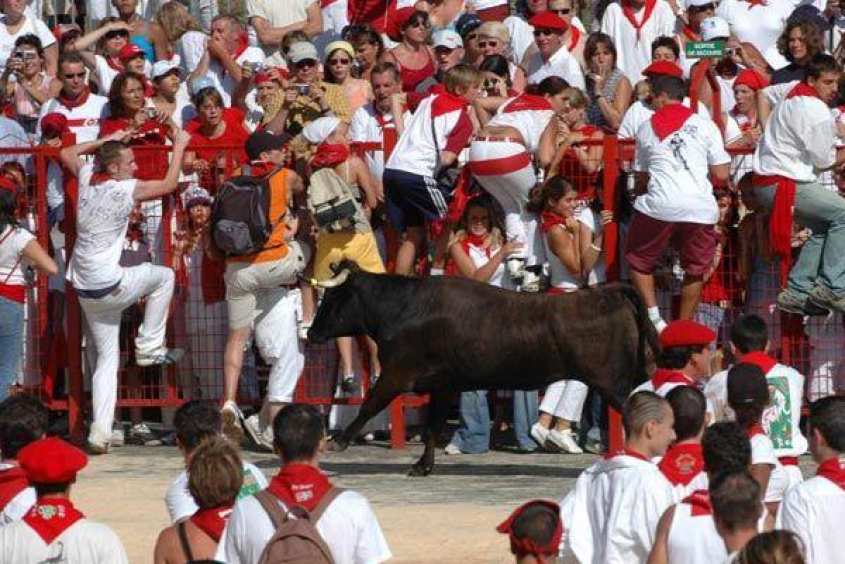