«I have the winds, the stars and the ocean».
This is the motto of Biarritz, ancient whaling port that has become, over the centuries, a great seaside resort of international fame.
Since the XVIII century, the revealed benefits, for sickly people, of bathing in the waves of the Côte des Fous (currently Grande Plage), have given the town its colour.
Between 1876 and 1906, the population of Biarritz tripled. Frequented by the royal families of Europe, the architecture of the town was modified with, in particular, the construction of the Eugénie Villa, destroyed by fire in 1903. It was reconstructed and is currently the Palais hotel.

The Empress wanted this chapel built in the grounds of the Eugénie Villa.

Constructed by a student of Viollet-le-Duc, Emile Boeswillwald, in a Roman-Byzantine and Hispano-Mauresque style, characteristic of the artistic tendencies of the Second Empire, it is of a rare beauty with its exceptional polychrome, the Portuguese-style tile-work on the outside walls and its period furniture.

It was classified as a historic monument in 1981 and property of the town of Biarritz the following year.

Since then, only commemorative masses have been celebrated, 4 per year, for the death of the Emperor in January, for the Prince Inheritor in June, for the Empress in July and for Notre Dame de la Guadalupe in December.
Musée de la mer (Museum of the sea): this was one of the first establishments of its kind in France; with, over the years, innovations and, notably, a renovation that conserved its architectural originality but provided it with modern aquarium and museum equipment.
Visiting the museum is to partake of an adventure.
On-site, you are offered theme visit itineraries, marine life for example, which will help you discover the aquarium.

On level 1, cetacean moulds and skeletons, on level 2 enjoy an underwater view of seals and information about the pinnipeds.

On the terrace, reencounter the seals and their antics and the ornithological gallery.
The fishing port: it is impossible to visit Biarritz without taking a tour of the magnificent place.
A place not far from the town centre and therefore very accessible on foot.
It was created after the abandonment, in 1870, of work on the port of Refuge and thanks to the leftovers of the Imperial donation.
A picturesque and colourful place, with its craft shops, bistros and restaurants.
The Virgin’s Rock: an imposing rock that Napoleon III decided to use as an anchoring point outside the harbour wall of the port of Refuge that he wanted to build.
Also, the rock was connected to the land by a wooden bridge (now a bridge built be Eifel) and pierced by a tunnel to allow transport of stone blocks for construction of the harbour wall.
The rock owes its current name to a statue of the Virgin Mary erected on its summit in 1865. Once evening falls, the spotlights installed around it show, on the sea bed, a glimpse of the power of the city’s famous waves. 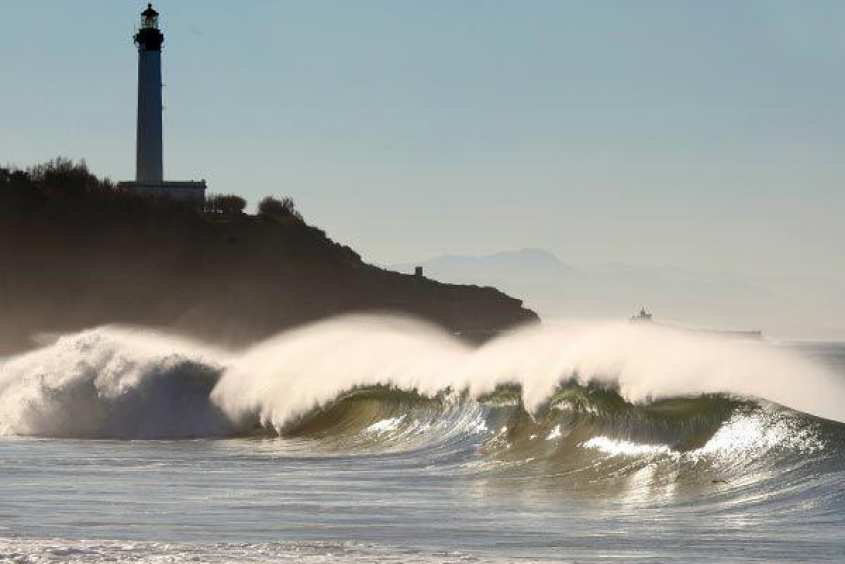 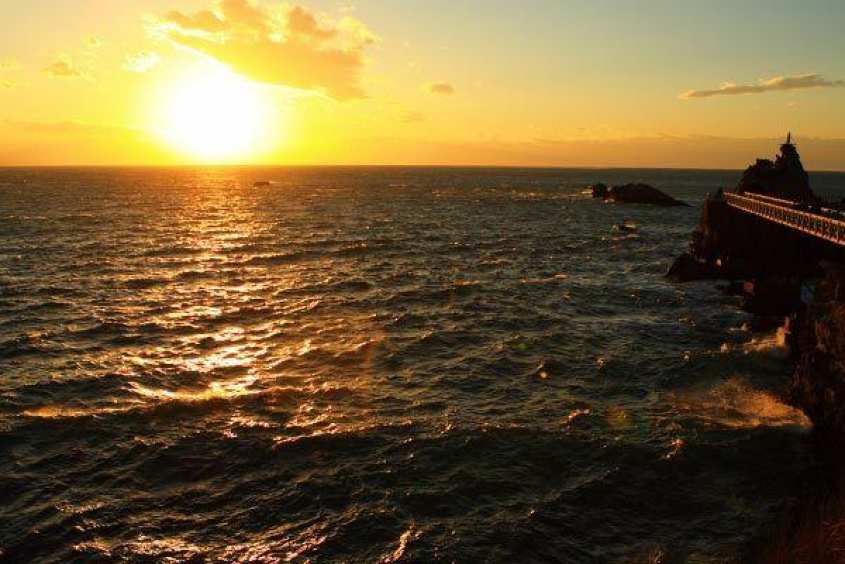 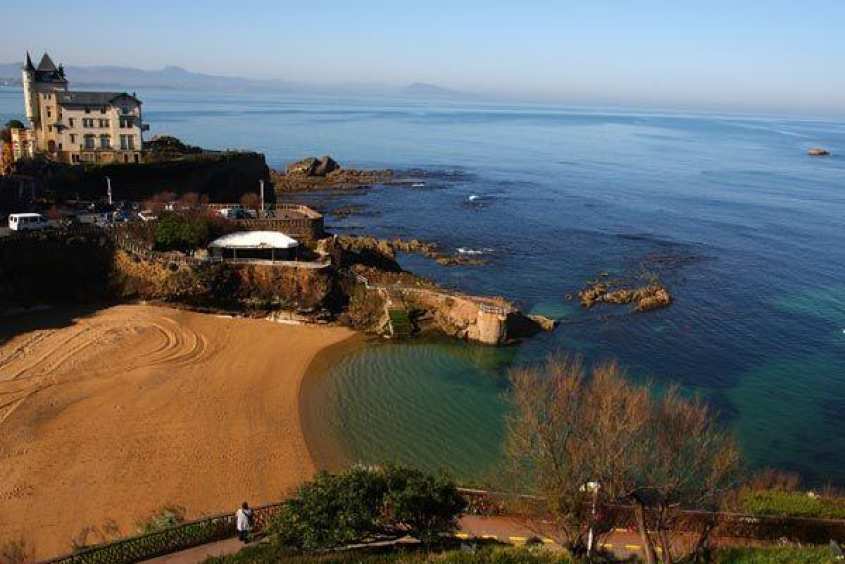 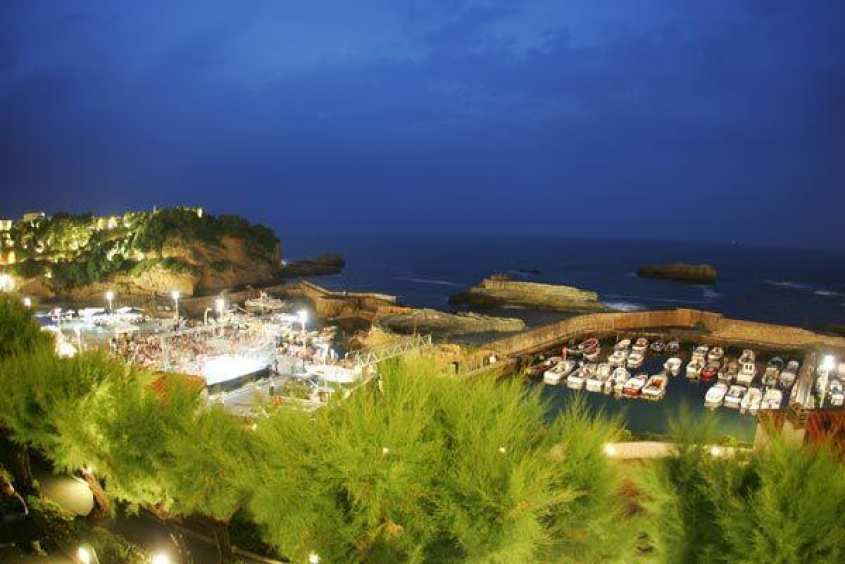 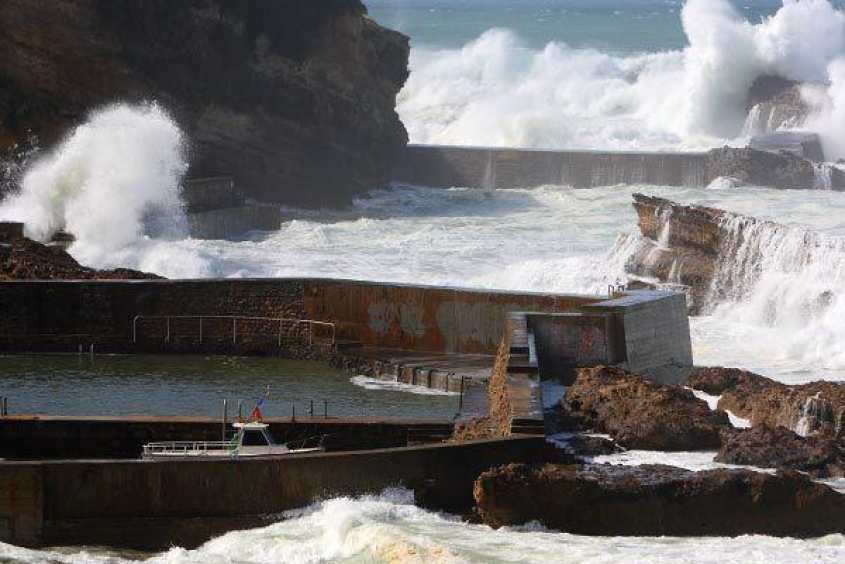 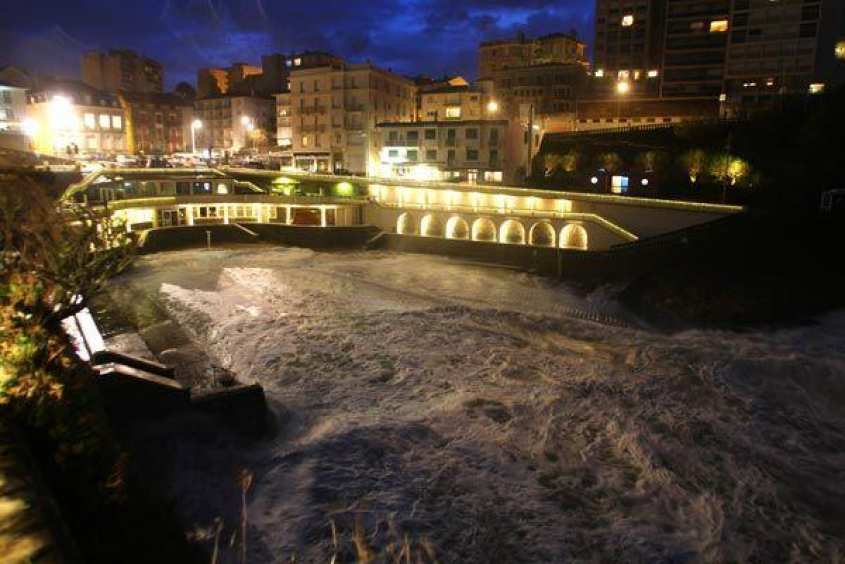 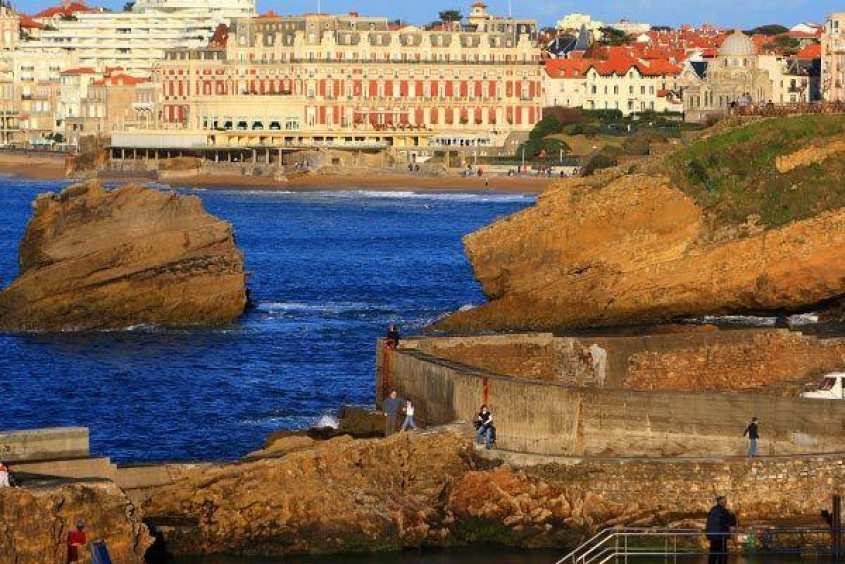 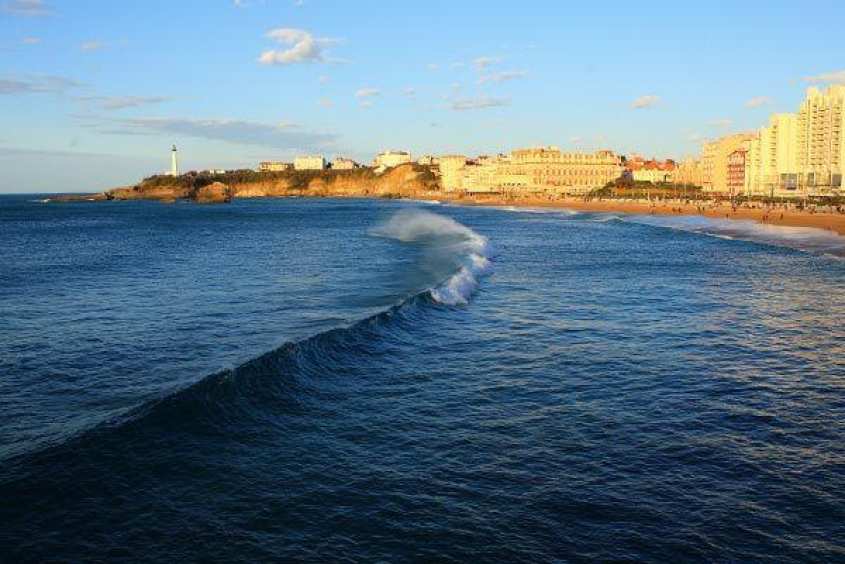