To book
Camping Pays Basque »  The Basque Country » St Jean de Luz
St Jean de Luz
Located at the gates of Spain, open to the ocean, Saint Jean de Luz has always had a historic role and has long been the domain of fishermen whose boats it protected.
In effect, since prehistoric times, its inhabitants made their living from fishing and, in the XI century, whaling ensured the prosperity and fame of the city.
The XVIII century saw a decline in whaling and cod fishing.
Sardine fishing took over and was itself replaced by tuna fishing in the 1900s.
Today, every summer, the Luziens celebrate tuna with recognition and good humour.
The seafront is bordered by half-timbered houses, large hotels and small guest houses which are popular with writers and artists.
Historically, the town had its moment of glory with the royal marriage between Louis XIV and Marie Thérèse of Austria, the Spanish Infanta, on 9 June 1660, in the church of St. John the Baptist.
Since the beginning of the XX century, Saint Jean de Luz has become a famous seaside resort much frequented by people who appreciate its cultural heritage and countryside.
The bay of Saint Jean de Luz is surrounded by the mountains of Labourd and Guipuzcoa.

Eco-museum of the Barrain farm: Imagine a leap into the past... you will find yourself in the heart of the Basque Country during the previous century!
Thanks to the Barrain farm, you will enter the world of linen.
An astonishing history that Jean Vier wanted to share and bring to life in his eco-museum

The church of Saint John the Baptist: In this building, which was burned down in 1419 during Spanish invasions and rebuilt in stages, the royal marriage was celebrated.
The oldest part of the church dates from the XV century.
The spectacular interior is made up of a single nave and is decorated with three levels of superb wooden galleries.
The altarpiece is from the XVII century and consists of three registers, decorated with a profusion of statues nested between spiral columns.

The Louis XIV house: Surrounded by corbelled turrets, it has a beautiful stone façade adorned with balconies, also in stone, with forged iron railings.
It housed the young Lois XIV for his marriage in 1660. Inside, a magnificent wooden staircase leads to the first floor, in a sitting room decorated with family portraits and in a dining room with painted woodwork.
From the gallery, there is a very nice view over Ciboure and the Pyrenees.

The house of the Infanta: not far from Louis XIV Place, this house welcomed Maria Theresa of Austria during her marriage to the king.
Its pink façade, in brick and stone, is reminiscent of the charming Italian palaces.
It was constructed thanks to the contributions of a wealthy ship owner, Johannot de Haraneder.
From the house, he could monitor the movement of his trading and whaling ships. His coat of arms is engraved over the front door.

The port: a charming and picturesque location with its wooden fishing boats all painted in bright colours. It was built in the XII century.
The houses that line the quays are in the Labourdin style. 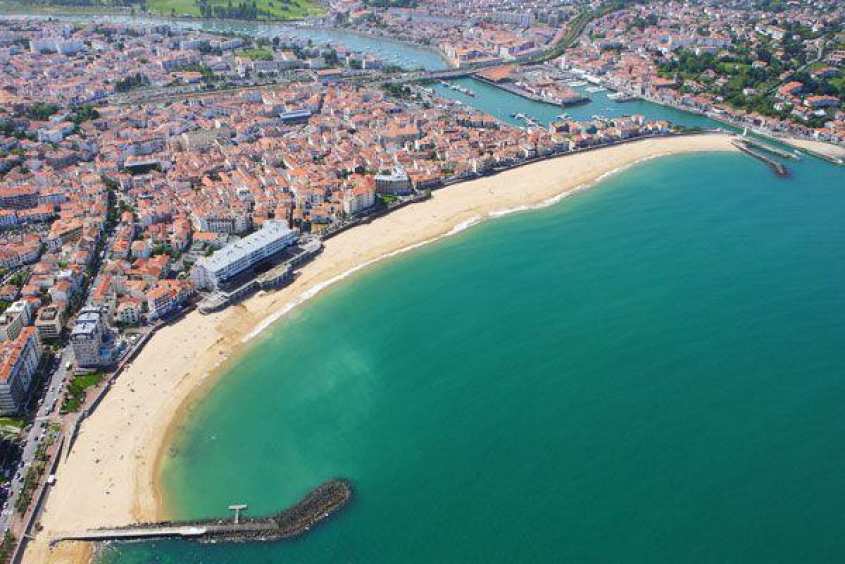 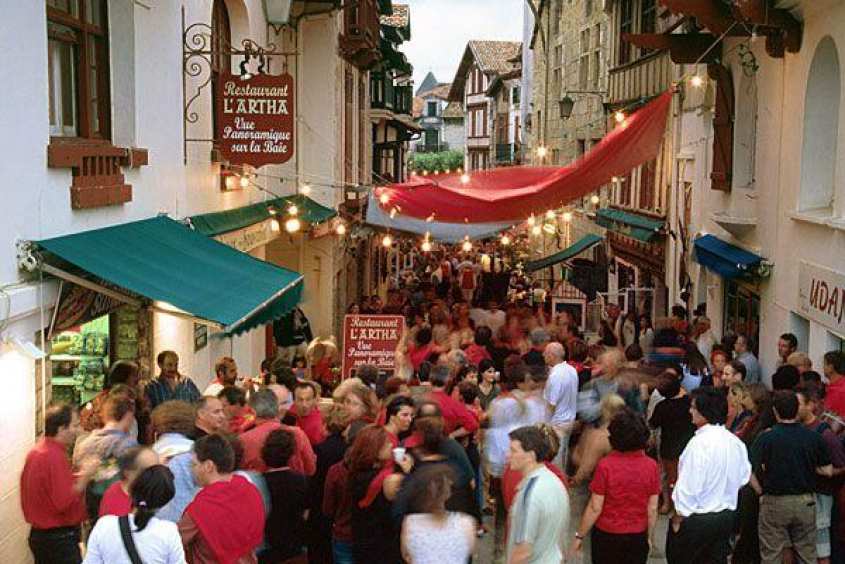 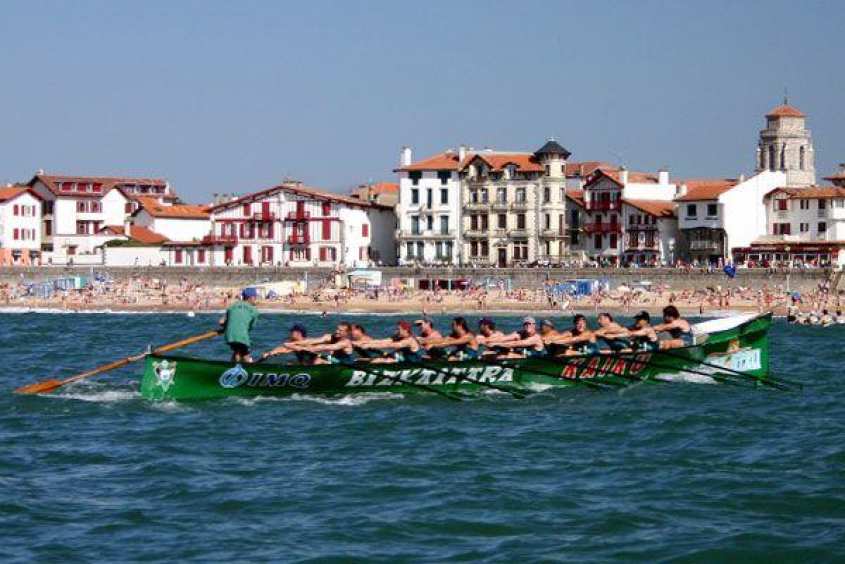 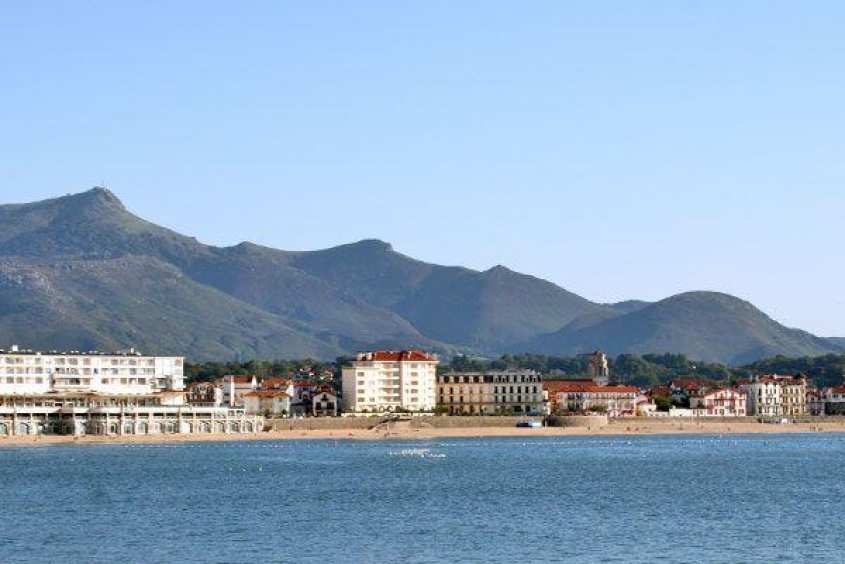 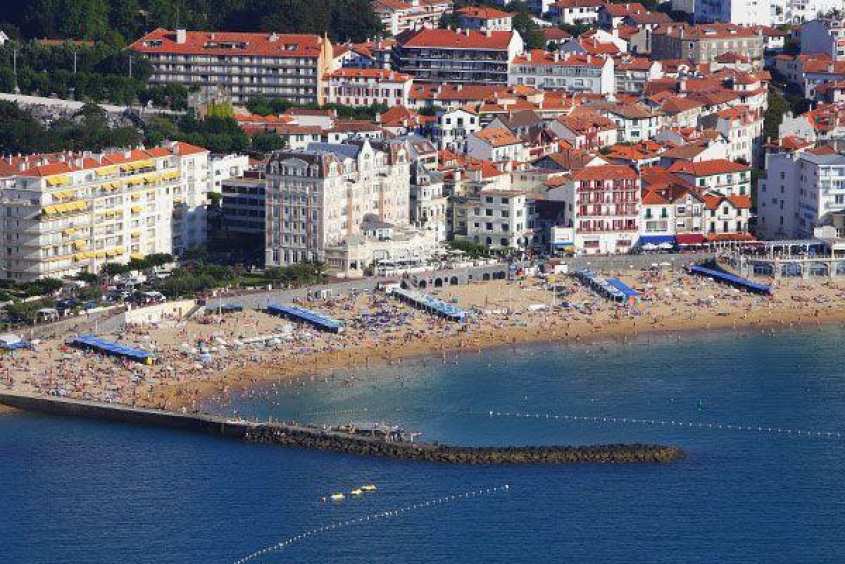 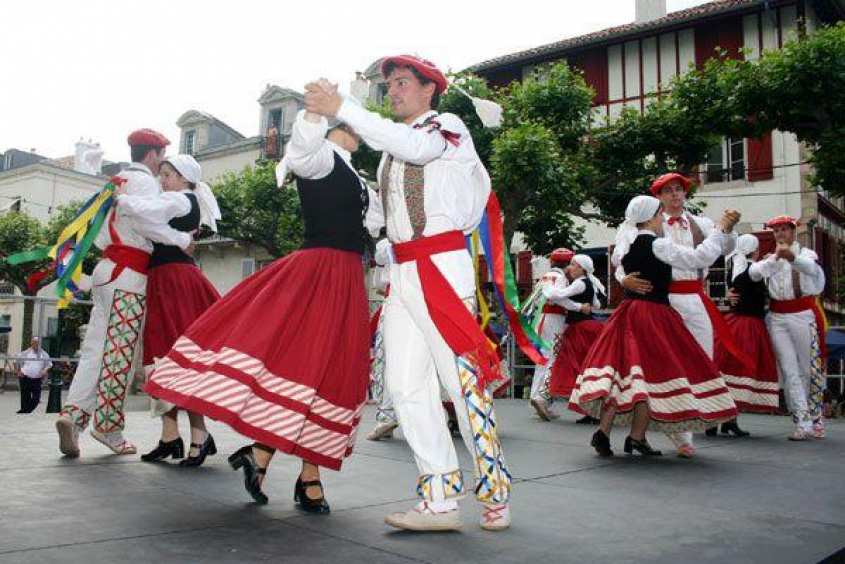